For the Projection Infinity project I’ve created a Flickr to polaroid style picture stream in Quartz Composer. One of my first projects in Quartz and kind of different then programming in Actionscript or Processing. To give you an example: Its essential to understand that a for-loop is an iteration block in Quartz an that everything nested in that block is iterated (I took a while before I got that concept, but now it seems completely logical to me). Luckily you can also use Javascript to program your logic instead of doing everything with visual blocks.

A normal Flickr RSS feed will give you only the 20 most recent pictures (and only in thumb or original format) while we needed all the pictures of a whole week. Thanks to a sample on Yahoo Pipes I could create a feed with an unlimited amount of pictures and with the format of 500×500 (sufficient resolution for our demands. Unfortunately Yahoo Pipes isn’t very stable, so in the end we used a downloaded (not realtime) version of the RSS feed as a backup.

The code is pretty well documented, the graphic design of the polaroids needs some improvement. Let my know in the comments if you used this composition or made an alternation on it.

A video of the Students in Motion projection mapping in Amsterdam (thanks to MediaLAB Amsterdam and Escapation).

Was this article useful to you? Buy me a coffee!

This site uses Akismet to reduce spam. Learn how your comment data is processed. 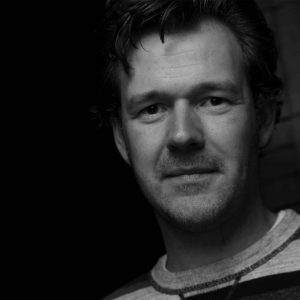 Hi, I'm Kasper. A Creative Developer and Interaction Designer based in Enschede, The Netherlands. I love playing and tinkering with new technology. I can help you to create interactive environments, digital experiences and light installations that evoke a WOW effect.

Today, we are launching CineShader - A cinematic shader visualiser! It is a little side project we created for the shader community using the @Shadertoy API. Retweet is appreciated.😉👉cineshader.com#webgl #threejs #shadertoy #cineshader #realtime #webdesign

For some reason, I haven't been invited to Davos this year. Was it something I said? 🤔